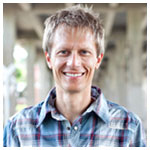 Jeremy founded “Earthbeat” in 1993 out of a desire to see youth make a difference nationally in their communities.  Jeremy actively partners with government organizations, park districts, youth initiative groups, and corporations to encourage youth and young adults to give back to their communities through volunteerism.  Jeremy champions the youth of the nation to be civically engaged in their communities and sits on several youth-based boards in addition to his service as Founder and President of Earthbeat, Inc.

Jeremy and his wife Jen have been married since 1995 and have three sons, Caden, Connor & Paxton. 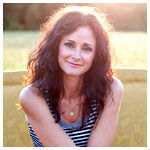 Jen, alongside her husband, Jeremy, is a co-founder of Earthbeat, an organization passionate about mobilizing youth and young adults to give back to their communities through volunteerism, especially related to environmental service projects. She is also passionate about teaching, encouraging, and empowering young women to step into their gifts and talents and make a difference in the world around them. Not only does Jen purpose to use her voice to make a local impact, but also a global impact. She has lead several trip overseas to Thailand, to partner with organizations in their fight against human trafficking. Earthbeat is honored to have Jen as a founding member, key strategist, and consultant.

Jen and Jeremy have been married since 1995 and enjoy spending time with their three sons: Caden, Connor, and Paxton.